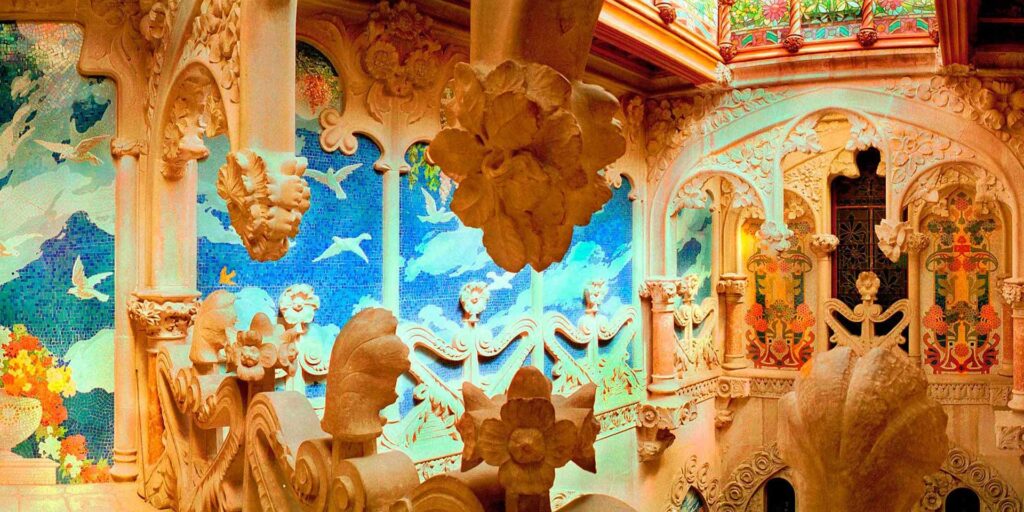 The property will keep the cultural facilities open throughout the year and will mark a few months to define the museumisation and restoration project.

One of the priorities is the reconstruction of the tower and the top part of the house.

A year has already passed since the businessman from Reus Xavier Martínez y Sierra bought two thirds of Casa Navàs. Together with the other owner and heiress of the Navàs-Blasco family, Dolores Blasco Font de Rubinat, they have worked hard to open the house to the public and design a professional structure for the project.

The citizen response has not been long in coming, so much so that from June to November 2018 Casa Navàs has increased by 476% the number of visitors compared to a year ago when the cultural facilities could only be visited once a week. A total of 7,794 people have joined the guided tours.

With 1,624 people, August was the month with the most visitors. The quietest month was November, when the house received 1,207 visits. The weekends and holidays are, by far, the days in which the occupation is highest, so it is recommended to all those who want to visit the Casa Navàs during these days to book in advance at the Tourist Office of Reus. At the moment the visits have a maximum capacity of 15 people, they last for 50 minutes and are offered in four languages: Catalan, Spanish, English and French.

In order to be able to offer the 39 weekly guided tours, Casa Navàs has 8 workers who carry out the tasks of management, organisation, guidance, surveillance, information and maintenance.

Collaboration with the Reus City Council

Casa Navàs is the most emblematic modernist building in Reus, which is why from day one a collaboration agreement has been established with the City Promotion Agency ‘Reus Promoción’. The aim is for the City Council to promote Casa Navàs as one of the city’s main tourist assets. In addition, the Tourist Board also assumes the tasks of information and commercialisation of the tickets in the Tourist Office – Gaudí Centre.

The future of Casa Navàs

Casa Navàs opened its doors so as not to close them again. The property is set as a priority objective to keep the facilities open throughout the year so that people from Reus and tourists in general can enjoy it. It therefore undertakes to organize three visits in the morning (11 am, 12 am and 13 pm) and three in the afternoon (4 pm, 5 pm and 6 pm) from Monday to Saturday and in the morning on Sundays and holidays. During the months of greater affluence, summer, Christmas and Easter, it will be considered to extend the opening hours.

Apart from the visits, Xavier Martínez and Serra, Dolores Blasco Font de Rubinat and the management team of the house are studying which is the most appropriate museumisation and restoration project for the facilities. The property has established a few months to define it, specify the necessary economic investment and decide the implementation schedule. Among the architectural priorities is the reconstruction of the tower and the top part of the building.

The idea is for Casa Navàs not only to be a facility designed to receive visitors, but quite the opposite. Casa Navàs must become a living space, open to the citizens and that people feel theirs, that’s why we are working to make it a facility that generates culture. In this sense, actions will gradually be incorporated with the idea of offering a cultural activity that differs from that currently provided in the area.