“Be a witness, experience the change” campaign 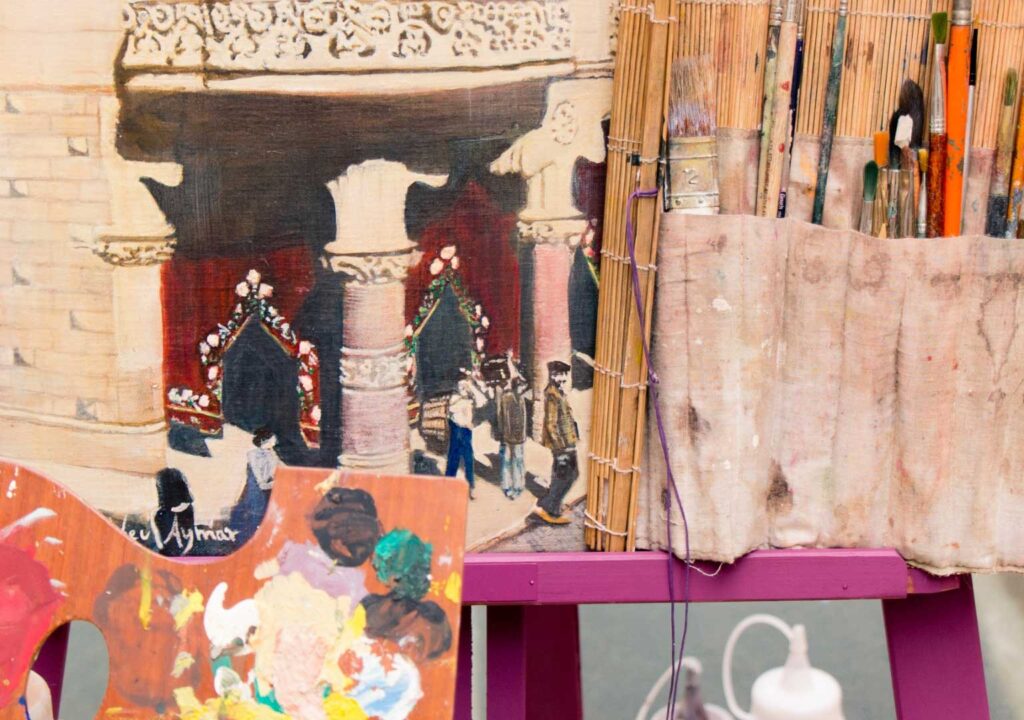 Despite the fact that the current aspect of Casa Navàs is not the original one, it is true that for most Reus people today’s image is the one that they associate this emblematic modernist building with, because they have always seen this way. In one month’s time, the reconstruction work on the gable will begin and this will change the physiognomy of this Domènech i Montaner work forever. Therefore, Casa Navàs invites all the citizens to immortalise its aspect through the “Be a witness, experience the change” campaign. A fast-painting contest will be organised and also a photography contest for the social networks.

The fast-painting contest will take place on Saturday the 11th of January in collaboration with CT Art Gallery, for everybody who wants to can take part and the aim is to immortalise the façade of Casa Navàs. There will be three categories: Adults (over 16 years old), Youngsters (from 10 to 15 years old) and Infants (under 10 years old). The prize for the Adult category is a cheque for 600 €, for the Youngsters, a Samsung Galaxy Tab A10.1, painting material and two tickets to visit Casa Navàs and, for the Infants, a set of painting and handcraft products valued at over 100€ and two tickets for the guided visit and the jigsaw puzzle of the house.

Contest registration is free and can be done from the 21st of December and up to one hour before the start of the contest in Casa Navàs or by sending an e-mail to info@casanavas.cat. Each participant can enter just one work and the technique and procedure will be free choice. The registration, paper stamping and the canvases will be done on the same day of the contest from 10.30 to 11am in the Casa Navàs shop. The size of the work must be A3. The organisation will give a sheet to each artist. If the participant wants to use another type of support, they should bring it. The works must be handed in before 1.15pm.

The jury may declare any prize null and void and its verdict is irrevocable. The winners will be declared on the same day of the contest at 1.45pm in Casa Navàs. The awarded works will remain the property of the organisers and will be temporarily exhibited on the front window of Casa Navàs.

For those who prefer the camera to the brush, Casa Navàs has also set up a photography contest on Facebook and Instagram. The winner will get a set of Casa Navàs products valued at over 100 €. The photos must be good quality as the winning ones will be printed.

In order to participate you just have to be inspired and take a good photo of the house’s façade. Once posted on these two networks, the photo must be tagged with the Casa Navàs profile (@casanavas.reus), using hashtag #ViuelcanviCasaNavàs, mention the people that you want to share the prize with and follow the house’s profile.

The photographs can be posted from the 21st of December and the deadline for publication is the 25th of January. A jury will choose three finalist photos and they will be exhibited on the front window of Casa Navàs. Once the three images have been chosen, these will be posted on the profile @casanavas.reus, the photo with most likes in one week will win the contest. The verdict will be made public on the 3rd of February.