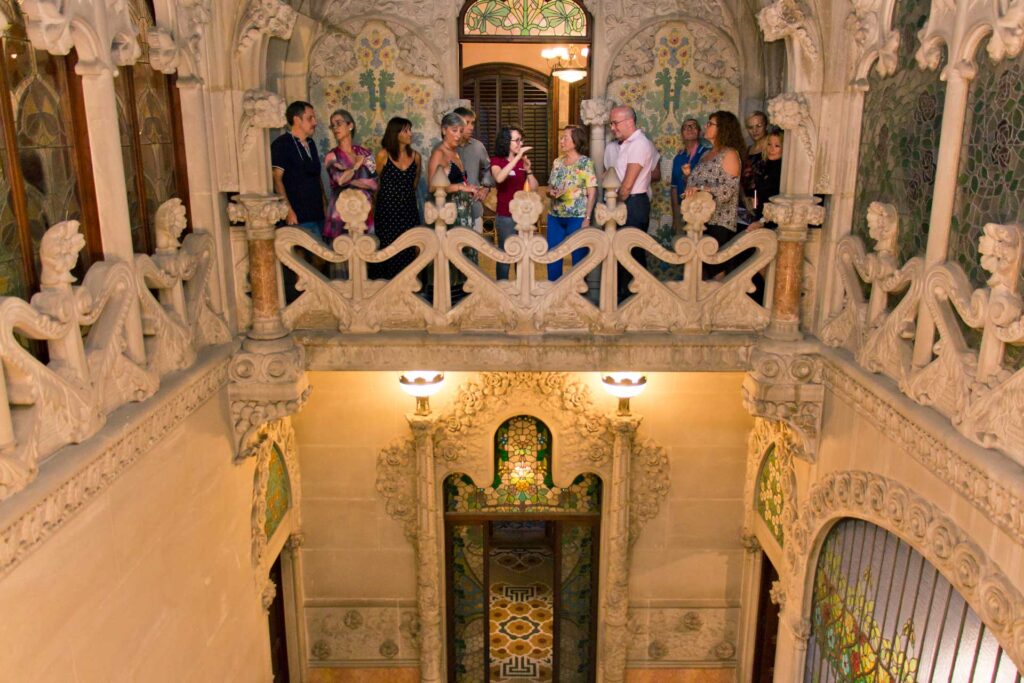 Casa Navàs closes the summer season with record figures. In total, 10,868 people have visited this modernist gem during the months of July, August and September, which means there has been an increase of 156% in relation to the previous year. Looking beyond the numbers, we would highlight the high level of visitor satisfaction and, for them, the most impressive thing is being able to venture inside the only modernist house in the whole of Europe that still conserves its original interior.

The majority of the visitors to Casa Navàs during the summer months were international. At 3,836 people, they represent 35,3% of all visitors. The owner of Casa Navàs very positively values this fact as it means that the house is becoming more and more internationally known. And, as usual, the number one on the podium goes to the French, as 40,62% of international visitors come from our neighbouring country. Next come the Russians with 16,32% and, lagging quite far behind, come the British, Belgians and Germans.

The majority of visitors coming to Casa Navàs continue being from Catalonia. This summer, 3,584 Catalans, 32,98%, wanted to discover this emblem of European modernism. Nearly 34% came from Barcelona, 9,7% from Tarragona, 6% from Lleida and around 2% from nearby towns like Cambrils and Salou. The rest of the national visitors are spread throughout the Catalan region in smaller percentages.

Finally, tourists from the rest of the Spanish state represent 15,80% of the total summer visitors. From these 1,717 people, 19% have come from the Community of Madrid, 15% from Valencia, 14% from Aragon and 13% from the Basque Country.

Local visitors are increasingly opting for this cultural emblem in the city of Reus. 15,74% of all visitors to Casa Navàs, which means 1,711 people, are from Reus. In fact, if we analyse visitor profiles as per where they are from and type of ticket bought (general, over 65, students….); people from Reus with a general entrance ticket have been the largest profile group visiting the house these summer months. This is good news for Casa Navàs because it means that, step by step, the people from Reus are getting to know about this modernist gem and feel more identified with it.

In August, Casa Navàs launched its Premium Visits, guided visits with vermouth and wine tasting on the terrace. The initiative has been a total success and most days the “sold out” sign was hung up and, therefore, it was decided that the initiative should be extended to the end of September. Given this good reception, the management at Casa Navàs is working on new proposals in order to offer the visitor the chance to enjoy the work of Lluís Domènech i Montaner in a different way.