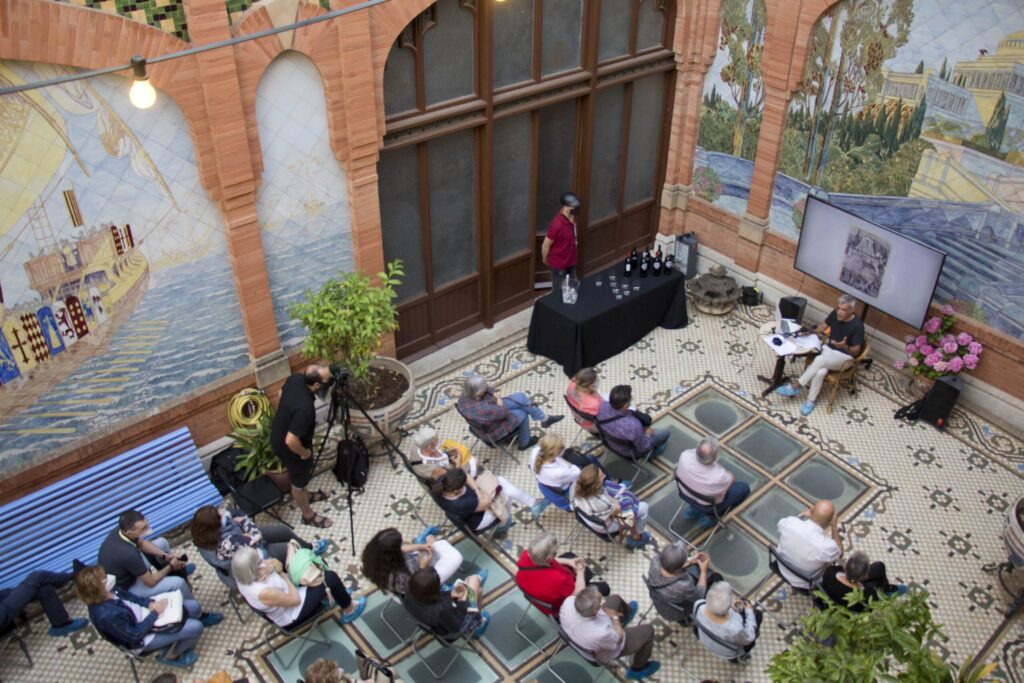 Casa Navàs opens the I Cycle of Conferences «Casa Navàs, testimonis modernistes». An annual event that aims to reflect on heritage, Art Nouveau and society in the late 19th and early 20th centuries. For this purpose, the best specialists in each of the topics presented will be sought. The conferences will take place on Wednesdays in June at 19.30 h at Casa Navàs. Admission is free, but you must register beforehand by sending an email to info@casanavas.cat. The first conference will take place on June 2nd, and it is entitled «La construcció d’una ciutat. Reus entre els segles XVIII i XIX ».

When we look at any event that affects us individually or collectively, whether socially, economically or culturally… it is important to contextualise it because this is the better way to understand it in the end. It is the same thing when talking about Art Nouveau. When we look at this artistic movement and want to understand why it has been so important in our city, we can only do so by taking into account its contextualisation. It is necessary to recognize and identify the ingredients that favoured an aesthetic and ethical movement such as Modernism to develop with the strength it did in Reus. This is precisely the aim of the conference «La construction d’una ciutat. Reus entre els segles XVIII i XIX» which will give Marc Ferran, Director of Museus de Reus, on the first Wednesday of June at the Casa Navàs  shop. During this conference, we will discover the golden years of which was the second city in Catalonia and will analyse the past to understand the present.

The 1st Cicle de Conferències «Casa Navàs, testimonis modernistes» will run throughout June. On Wednesday 9 the lecture will be about the architects Antoni Gaudí and Lluís Domènech i Montaner. Architect ClàudiaSanmartí and historian Jaume Massó will analyse what both Gaudí and Domènech had in common, and what made them different in«Gaudí vs. Domènech i Montaner». Why has Gaudí gone down in history as a genius and Domènech as a brilliant architect? How can it be that Reus hasn’t got any work by one of its most illustrious international figures, and, on the other hand, is full of constructions by Domènech? This and some other controversial issues will be addressed at this conference.

A week later, coinciding with the start of Festa Major de Sant Pere, ethnologist Salvador Palomar will give a lecture on «Mirant per la tribuna de la Casa Navàs: la festa a començaments del segle XX». A conference where we will discover the origins of Festa Major de Reus. Finally, on June 30, Mireia Freixa, professor emeritus of the Department of History at the UB, and Teresa Sala, professor of History of Art and doctor of the UB, will highlight the exquisite and essential work done by the craftsmen and craftswomen during Art Nouveau through the conference entitled «La Casa Navàs, una simfonia decorativa dirigida per Lluís Domènech i Montaner».

He is currently the Director of Museus de Reus, an institution with which he has been linked since 1988 and in which he carries out conservation, documentation and heritage dissemination work. He has curated numerous exhibitions (both history and art), helping to develop the city’s narrative. He has also carried out management work, such as when he directed the Centre d’Art Cal Massó -from 2007 to 2011-. He has also devoted himself to research, winning the Pedrol Rius prize for a study on the satirical press in Reus.