This Christmas you may discover Casa Navàs in nine different ways 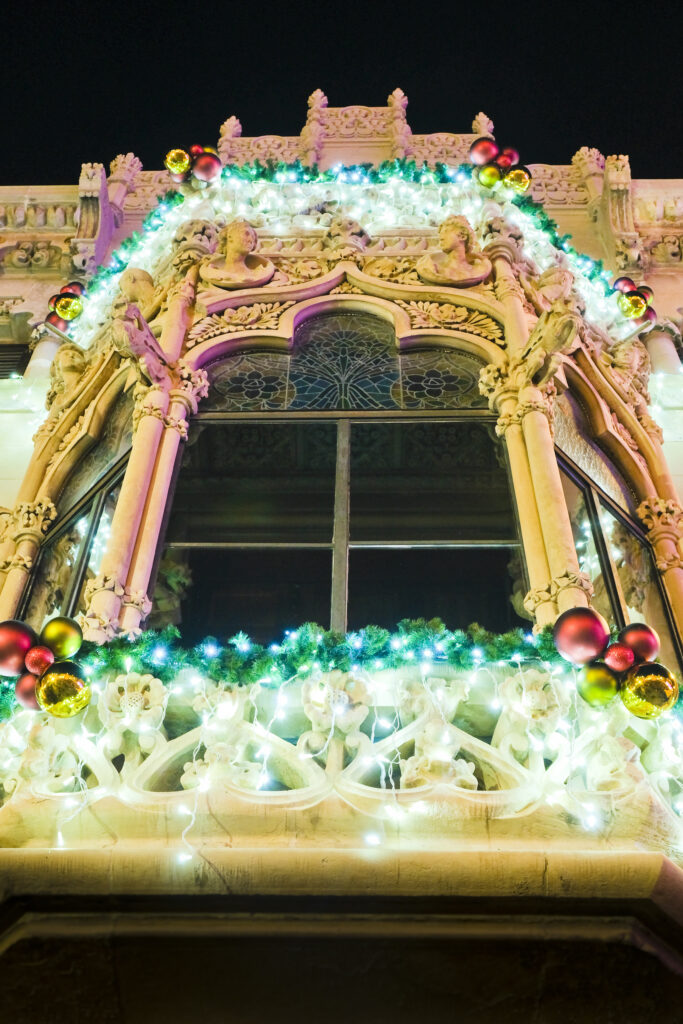 9 visits are scheduled, 2 of which are new

Casa Navàs faces the Christmas festivities full of activity. During these days, up to 9 distinct types of visits will be scheduled, two of which are new. The first is called Un dia qualsevol a la Casa Navàs and is intended for families with children between 8 and 11 years of age. The second, on the other hand, is designed for an adult and a young audience, from 12 years old. It is an escape game called La Casa Navàs i el temps that will put the ingenuity of the attendees to the test.

Casa Navàs is the only modernist building in Europe that preserves its original interior, entering it is like taking a leap back in time to get into a garden full of colours, shapes, and fantasy. Appreciating all its details in a single visit is impossible, which is why several types of tours are offered that allow you to rediscover this work by Domènech i Montaner from different perspectives. Specifically, during these Christmas holidays, up to 9 different guided tours can be made, among which two novelties stand out.

On the one hand, on January 3, Un dia qualsevol a la Casa Navàs opens for girls and boys between the ages of 8 and 11. This guided tour, full of theatrical touches, aims to give the audience a first-hand look at the day-to-day life of a modernist house. The following day, on January 4, Casa Navàs i el temps is presented. During this tour, visitors aged 12 and over will have to use their ingenuity if they want to finish the visit successfully, since what is proposed to them is an escape game. These two visits, along with the already released El jardiner màgic de Cal Navàs, which will be rescheduled on December 30 for children between 4 and 8 years old, are part of the educational project presented last October. These visits can only be made during the Christmas period.

One more year, two visits with musical accompaniment are rescheduled. On January 3, the ‘New Year Concert Visit’ takes place. Actors from the Producciones Lucky&Luke company will lead visitors through the interior of the house in a special visit that culminates in a musical format. At the end of the tour, the Angie Rodríguez Christmas Trio will delight attendees with a repertoire of Christmas carols, while they enjoy an aperitif typical of these holidays. On the other hand, on January 13, the ‘Modernist Nights’ are programmed, an evening that includes a guided tour, the Garbuix Duet modernist concert and dinner.

During these Christmas holidays, there will be no shortage of standard guided visits, which take place from Monday to Sunday, Dramatized tours, Vermouth tours and Photographic tours. All tickets can now be purchased on the website www.casanavas.cat  or at the entrance of the same space.