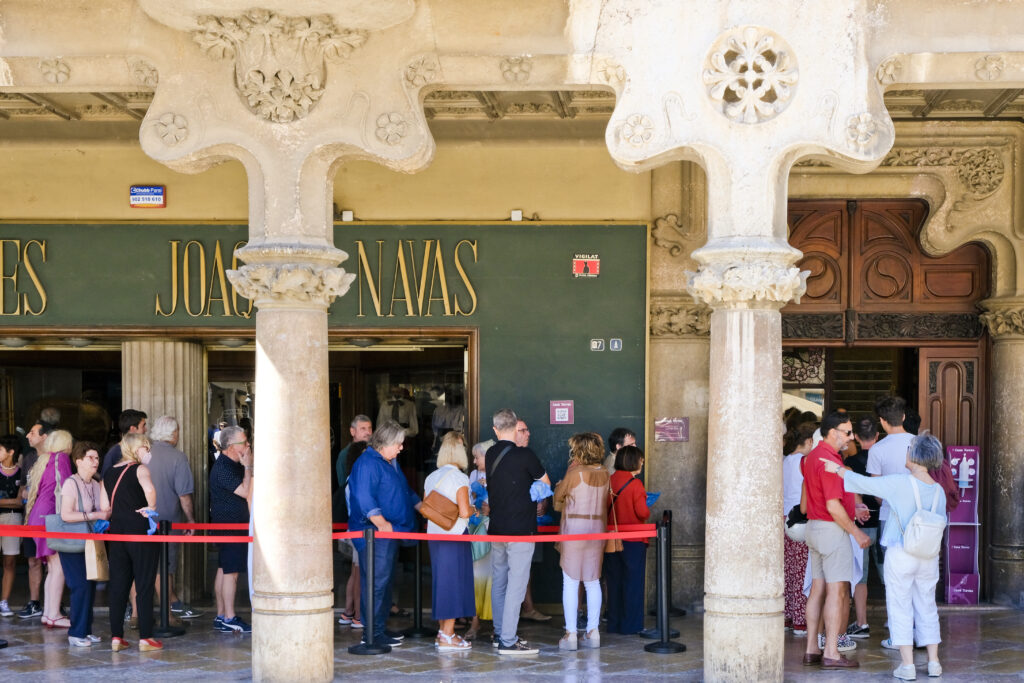 With 17,000 visitors, this is the summer that the house has attracted the largest number of visitors.

The international tourism recovers and reaches thresholds very similar to those of before the pandemic.

Casa Navàs ends the summer of 2022 with unbeatable results. In total, there have been more than 17,000 people who have visited this cultural facility during the summer months, figures that represent a growth of 21% compared to a year ago. The recovery of the international public, which is practically at the same level as before the health crisis caused by COVID-19, is particularly noteworthy.

A total of 17,547 people visited the Casa Navàs facilities from June to September.  This figure represents an increase of 21% of visitors, if we compare it with the results of 2021, and 35%, if we  consider the figures before the pandemic.  Since the end of the confinements, caused by the health alert, the House has seen how little by little the tourist flow has been recovering until this summer it has managed to normalize, especially as far as the international public is concerned.

In 2019, there were 3 836 people from outside the Spanish state who came to visit this unique modernist jewel in Europe, which represented 35% of the total number of visitors that summer. Three years later, the international public accounts for 33% of the total public of the Casa Navàs. Although in percentage terms we are 2 points lower than before the pandemic, in absolute numbers international tourism has grown to 5,842 people. Once again, the French are by far the most interested in visiting the city of Reus. In fact, 53% of all foreign visitors are from France. They are followed, far behind, by the Germans and the English.

If we analyze the national public, we see that the Casa Navàs has received the visit of 8 473 Catalans, representing 48% of the total public Most of these people came from the city of Barcelona, followed by Tarragona and Lérida. As for citizens from the rest of Spain, 3,086 people accounted for 16% of visitors.