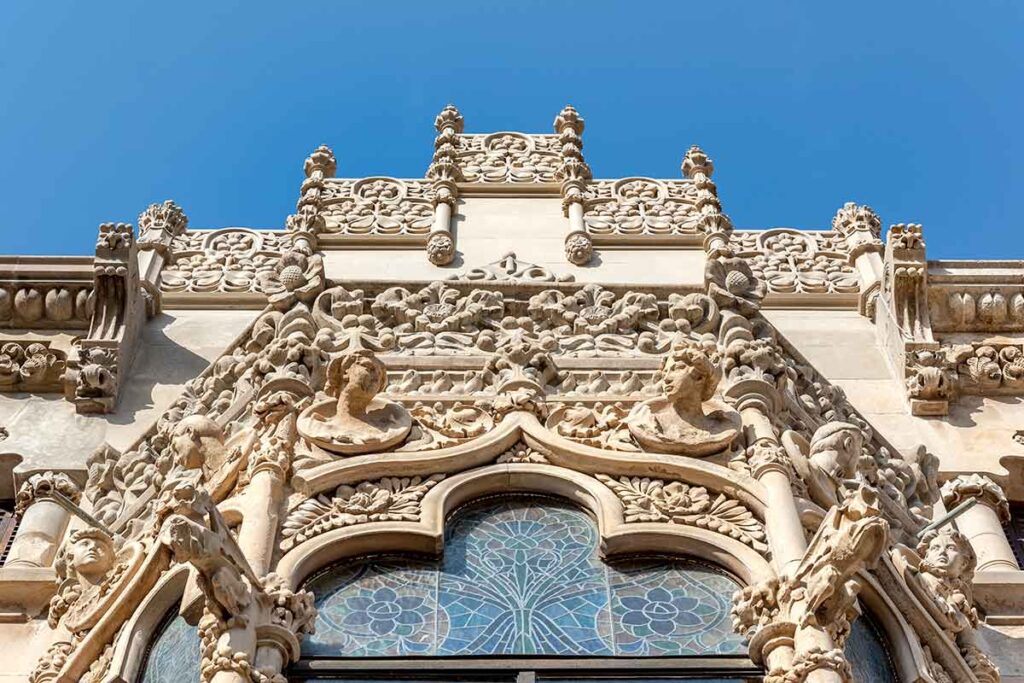 Casa Navàs will reopen these Easter from 30 March to 5 April. After these days, the beauty of Mercadal will close again, to finally reopen next June. So that visitors can enjoy this Art Nouveau jewel, unique in Europe, Guided Tours and Vermouth Tours will be available. Coinciding with the reopening, Casa Navàs presents an editorial novelty: Casa Navàs i el Modernisme de tota la província de Tarragona. A guide to all the Art Nouveau buildings erected during the last decades of the XIX century and the firsts of the XX.

After being closed for weeks due to the current health emergency, Casa Navàs will reopen this Easter. It will be for only seven days, from Tuesday 30 March to Saturday 3 April guided tours will be available in the morning and the afternoon; and from Sunday 4 to Monday 5 April tours will be only available in the morning. As usual, our guides will explain the house in different languages: Catalan, Spanish, English, and French. In the Guided Tours, visitors will discover all the curiosities and history of this work by Domènech i Montaner, while watching the beauty sculpted by all the artists who work in it.

Those who want to complement the experience by enjoying vermouth in Casa Navàs’s terrace can join the Vermouth Tours that will take place from 3 to 5 April at 12.00 and 13.00 hours. These visits start with an hour walking tour inside the house ending at the terrace while tasting vermouth by Vermuts Miró. Tickets for all the tours are already available at the web www.casanavas.cat, at Reus’ Tourist Office or since 30 March at the entrance of Casa Navàs.

Note that all the tours have a small capacity of 13 people to ensure a safe distance. Visitors will need to sanitize their hands, wear shoe covers, and take their temperature before entering the

house. Furthermore, due to the pandemic, Casa Navàs implements daily disinfecting protocols on the premises. Don’t forget that Casa Navàs is the only Art Nouveau European building that keeps its original interior. Stepping inside, it’s like jumping back in time to watch how the Catalan ruling class in the early XX century lived.

Art Nouveau is in luck as Casa Navàs has prepared the ultimate guide on the buildings erected in the province between the end of 1800 and early 1900. Casa Navàs i el Modernisme de tota la província de Tarragona is the most relevant inventory on the buildings erected on those days in Camp de Tarragona and Terres de l’Ebre. Altogether, there are over six hundred references corresponding to buildings and real estate located in over a hundred towns. Most of the indexed real estate are Art Nouveau, but among them, there are also some eclectic and Noucentist.

Casa Navàs i el Modernisme de tota la província de Tarragona has been edited by Xavier Martínez, Casa Navàs’ majority owner, and has been written and coordinated by architect Josep Maria Buqueras. The book will be launched on Thursday 8 April at 19.00 at Casa Navàs shop. Seating is limited, so it is advisable to reserve a place by sending an e-mail to info@casanavas.cat. One week later the book will be presented in Barcelona. However, the book will be already available in major bookshops in Catalonia at the end of March, and it will be also available at Casa Navàs entrance this Easter.