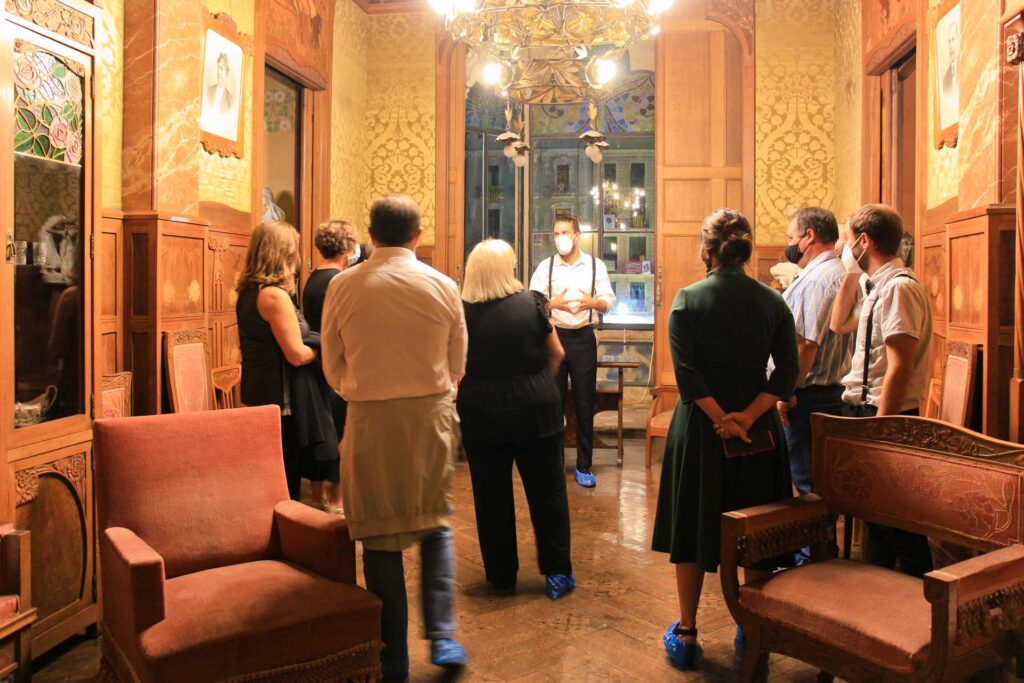 During the autumn-winter season, it will maintain and expand its cultural offerings

Casa Navàs’ occupancy balance after the summer is positive despite a complicated season due to the health situation. While it is true that international attendance has dropped considerably, domestic visitors’ attendance remained, and that saved the season. With nearly 5500 visitors, this emblem of Lluís Domènech i Montaner becomes the most visited tourist attraction in Reus. Casa Navàs doesn’t want to be defeated by the pandemic, and that’s why it will strengthen its commitment to culture in the next autumn-winter season by maintaining and expanding its activities.

The year 2020 is being a very complicated one for tourism, as due to COVID-19, the capacity of facilities had to be reduced and international tourist attendance dropped dramatically. Taken this into account, Casa Navàs ends the summer season — from 11th July until 30th September — with a positive balance, although far from one year-ago figures. It is highly significant that domestic tourism kept very similar figures. All in all, 4000 Catalans wanted to discover this Art Nouveau masterpiece.

Domestic tourism accounted for 53% of the total number of visitors received at Casa Navàs during the summer months, followed by visitors from Reus, which accounted for 20%, Spanish tourism with 14% of the attendants, and international tourism with 13%. These last two markets have declined sharply compared to 2019; with the French visitors at the top and without reaching 1,000 tourists, the international visitor has fallen around 82%, while the one from the rest of Spain has fallen by 55%.

In a very difficult year for tourism like this, the number of people who visited Casa Navàs daily after the reopening of the facility on July 11 exceeded expectations.  A trend that lasted until August 21 when the Catalan Health Minister, Alba Vergés, announced special measures for the city of Reus to reduce the rate of infection from COVID-19.  After that, good occupancy figures fell dramatically, a fact that has caused to end this summer with less optimistic data than the recorded so far.

Although making comparisons with 2019 is difficult because the situation is very different, and considering that due to the pandemic the capacity of the visits had to be reduced, Casa Navàs closes the summer with 45% fewer visitors than a year ago. A percentage that goes down to 31% if we only take into account the figures obtained up to the day of the appearance of the Catalan Minister of the Generalitat.  However, with these data, Casa Navàs becomes the main tourist attraction in Reus as it is the facility that has registered more visitors in the city by far.