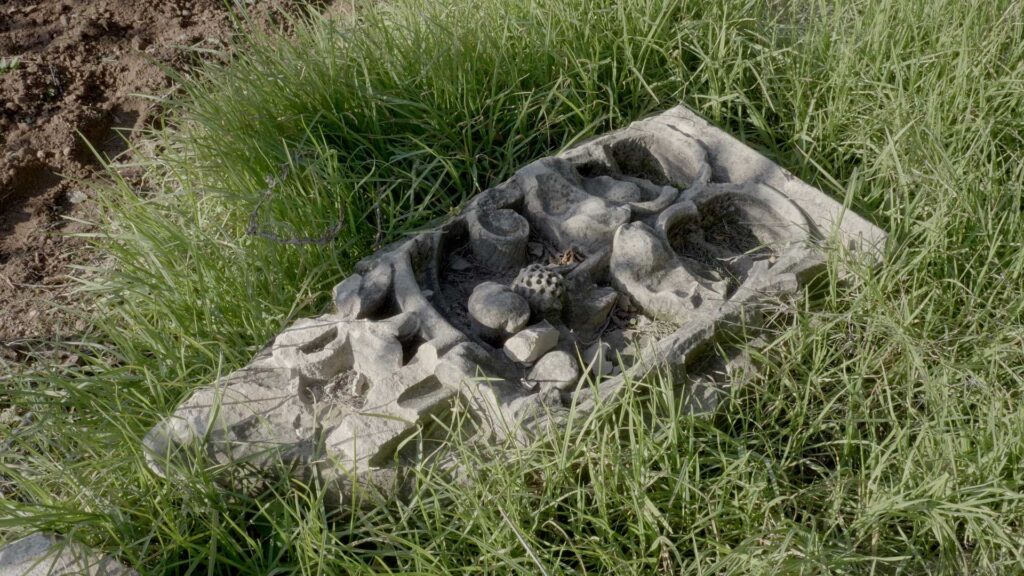 Ten original pieces with decorative motifs have been inventoried

The owners of Casa Navàs have decided to recover the original aspect of what is one of the most important modernists buildings in the whole of Europe. The first step for this reconstruction has been to gather all the original stones, ten of which have decorative motifs. Now they are being inventoried and catalogued in order to produce replicas that are identical to the originals.

Reus was the third most bombarded Catalan city during the Spanish Civil War. Chance had it that one of the bombs hit Casa Navàs, destroying the roof on the second floor, the gable and the tower. This fact changed, once and for all, the original aspect of one of the most emblematic buildings designed by the architect Lluís Domènech i Montaner.

Now, the owners of Casa Navàs, consisting of the businessman Xavier Martínez and the heiress Dolors Blasco, have decided to restore the effects of the War and recover two of the house’s emblems; the tower and the gable. These works will be carried out gradually and, for the time being, they will be focused only on one of the two projects that will become a reality in 2020.

After developing the architectonic project, very experienced restorers in the sector have started the reconstruction works. The first thing that has been done is to gather all the original stones that have been dispersed, for many years, among the various estates owned by the Font de Rubinat family. Specifically, ten pieces with decorative motifs have been found. Of these, five belong to the façade, mainly the cornice, and there is still a doubt as to whether some of them formed part of the tower or not. The other five are from the gable. There are also other pieces with straight lines that are part of the prismatic-shaped ashlars and straighter cornices that were not used in the first reconstruction.

When the bomb hit Casa Navàs, the owners of the house, at that time Joaquim Blasco and Maria Font de Rubinat, saved the stones in one of the buildings they had in the prison street and, little by little, they moved them by carriage to the estates that the family had on the outskirts of the city. Since then, the pieces have been spread all over these lands. Now, 80 years later, the owners have decided to gather them together in order to catalogue them and to guarantee their future conservation.